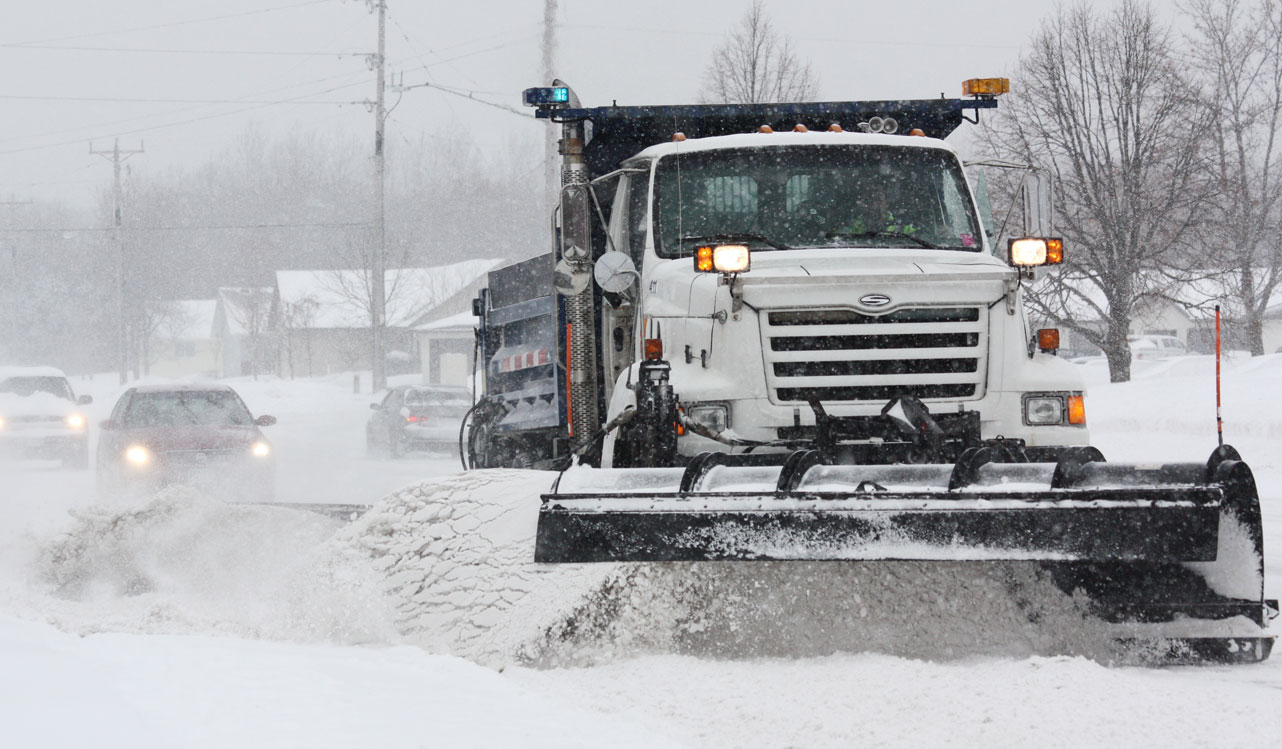 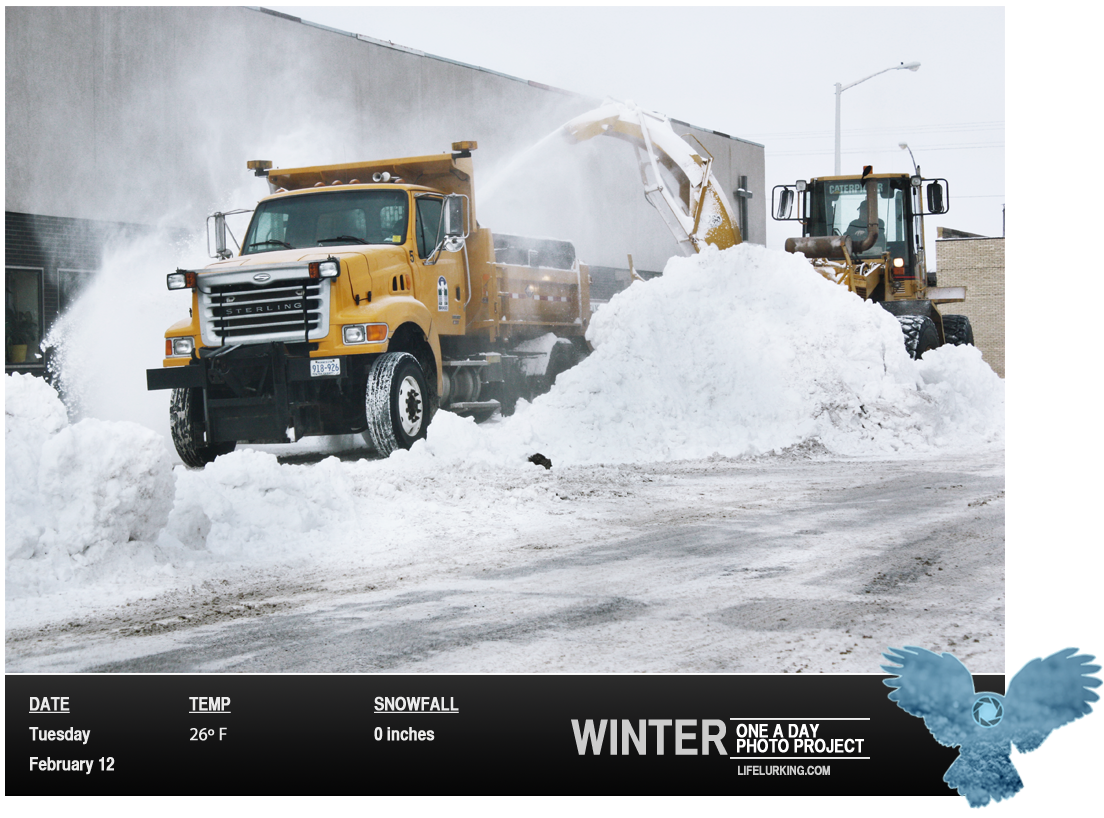 The cleanup begins soon after the storm. First they plow the streets leaving a large median of snow between the lanes. Then they come back with a machine that eats the snow and shoots it into the back of a truck. Kinda like a giant snowblower. Then the many trucks take turns back and forth collecting the snow until it’s all gone…. then they move to another street.